The Path of The Sun Catalog

Browse our selection of film packages. Roll over the selections below to learn more about each title and watch a trailer. All titles available with Instant Streaming and HD Downloads! 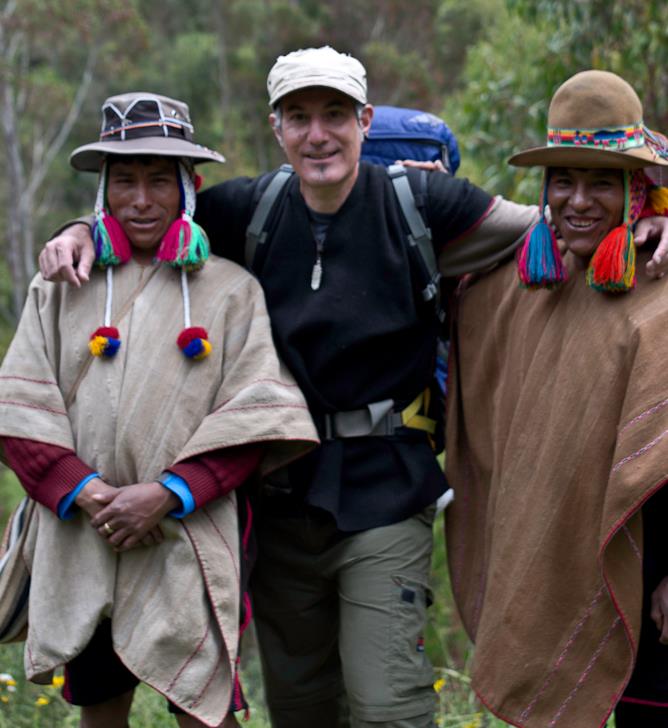 The Path of the Sun is a way of life based on the concept of ayni (the act of giving through sacred reciprocal energy exchanges) and other core principals of a mystical practice and belief system from the Andes called the Andean Cosmology. The Path of the Sun also embodies the idea that personal healing, growth and knowledge can be gained through the use of sacred plants.

In 2011 I traveled to Peru to work with and learn from the indigenous mountain mystics from Q’eros and the jungle shaman called Ayahuasquero’s. I lived in Peru for two years documenting the practices of the Q’ero and these jungle medicine men and women.

The culmination of this three year project and living experience and over nine months of editing are the two documentary films: Q’ero Mystics of Peru and Ayahuasca Nature’s Greatest Gift.

This website is designed so that everyone can experience both films no matter your income level or financial position. In the spirit of Ayni a sacred form of reciprocity practiced in the Andes I have created a “Pay what you can” model starting at just $0.99 and if that is too much, simply email me at sgershberg at gmail dot com and I will give you access to the movies at no cost.

That being said to make a series of documentaries is no easy task even in an age where technology is abundant and fairly inexpensive. It is important that there is a bond between filmmakers and fans so that the process of making movies can continue and more films can be produced. On that note my request is simple and that is if you like the films that you see, and are in a financial position to support independent film and filmmakers, please consider a purchase of the Director’s Cut special package which is jam packed with movies, music, bonus footage and more or one of the other packages found on the site. In this manner I can continue to produce new works for you to learn from and enjoy.

Peace, Munay (love) and Light,
Seti Gershberg
Independent Filmmaker
@thepathofthesun
A huge bundle of 3 movies, 2 digital music CD's, a giant 100 page 4K digital photo book filled with photos of the Q'ero and their homeland, flute and ayahuasquero field recordings, over 5 hours of bonus interviews and footage from the films and more...
A special "Pay what you can afford" program that will give you access the the film's from The Path of the Sun and allow you to provide a financial incentive in support of independent film and the work of independent filmmakers.
A complete package of the three films that are incuded in the documentary series The Path of the Sun.